Donovan Mitchell had just led his side to a 129-118 win over the New Orleans Pelicans.

The rising star,24, delivered an impressive stat line with a game high 36 points, along with seven rebounds and five assists in what was Utah's seventh straight victory.

Mitchell was 11-for-19 overall and 6-of-8 from behind the 3-point line, becoming the fastest player to 600 made 3-pointers in NBA history.

Yet that wasn't enough for NBA legend Shaquille O'Neal. The four-time champion interviewed Mitchell as part of his duties for US network TNT and his line of questioning clearly rubbed Mitchell, his teammates and fans the wrong way. 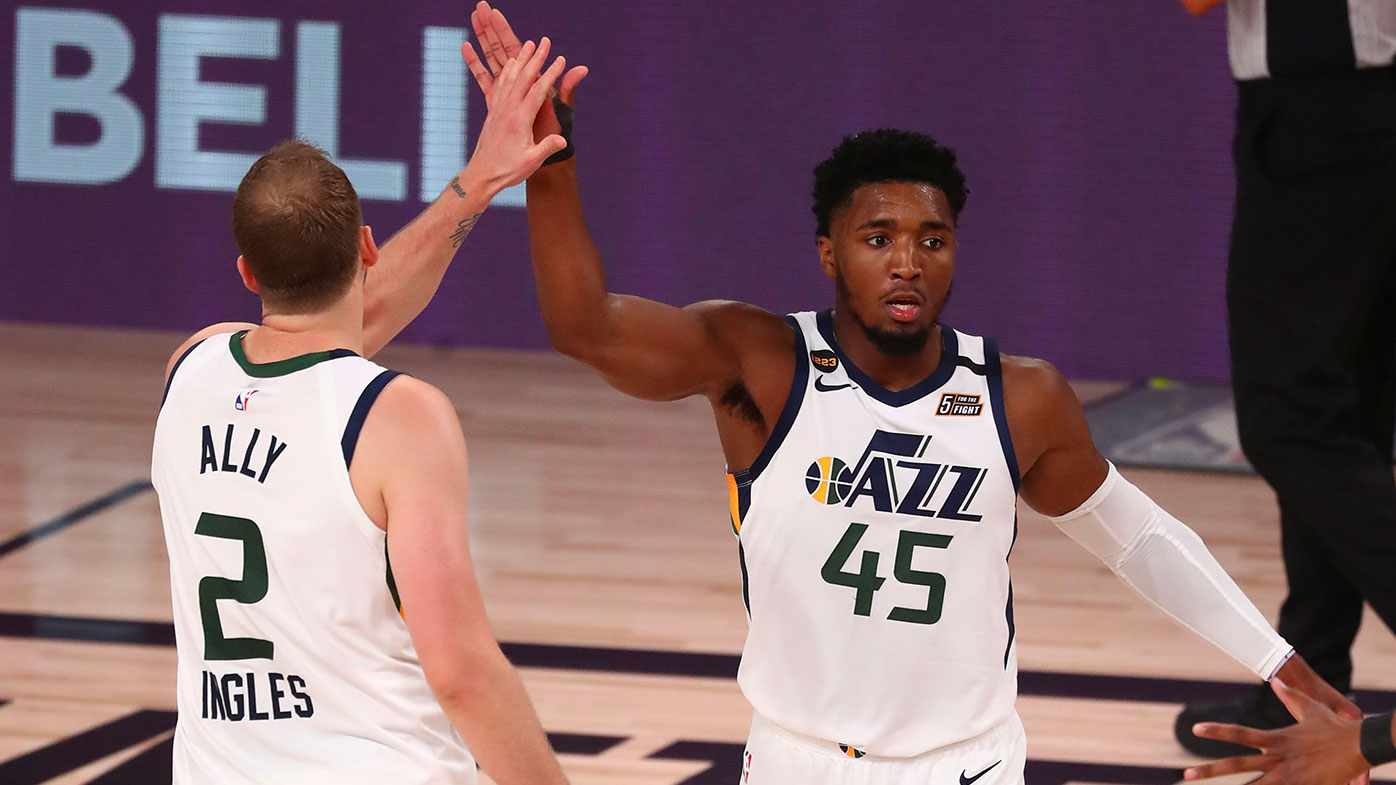 "I said tonight that you are one of my favourite players but you don't have what it takes to get to the next level," he said. "I said it on purpose because I wanted you to hear it. What do you have to say about that?"

Mitchell, who recently signed a $195 million extension with the Jazz, was understandably taken aback.

"Aight … that's it." he responded before declaring. "I've been hearing that since my rookie season. I'm just going to keep doing what I do."

Shaq responded: "That's what I wanted to hear you say, love your game brother, keep it up."

Mitchell's teammate Mike Conley was also bewildered by the swipe.

"I've been a big fan of Don's and seeing the way he's grown, even before he was here," he said. "I don't know how you can make a statement like that regarding his progress at such a young age. He's gotten better every year."

NBA superstars Kevin Durant both hit back at O'Neal for the way he phrased the question.

Durant wrote: "Them old heads need to go enjoy retirement. These boys have coaches they work with every day lol."

James agreed: "There's a difference between constructive criticism and soft hating though. I've seen it both ways come my way, mostly the hate. You can hear it in their delivery."

Mitchell is in his fourth NBA season and has led the team to the playoffs in all three of his NBA seasons.

The Jazz are 11-4 and in second place behind the Los Angeles Lakers (12-4) in the Western Conference standings.